Skip to content
Google Map Something went wrong while retrieving your map.

Tanya Webster comes to UUSM from the Unitarian Universalist Fellowship of Redwood City, where she served in various capacities around religious exploration and administration. She has developed programs, managed budgets, recruited volunteers, and wrangled teens (including her own). Tanya has completed six of the UUA training modules for Directors of Religious Exploration, trained as a youth advisor, and attended RE conferences and General Assembly.

Tanya brings her love for Unitarian Universalism as well as her passion and respect for young people to every encounter. The UUSM Search Committee that selected Tanya describes her as eager, kind, and thoughtful. Most importantly, the children whose religious exploration will be guided by Tanya are enthusiastic about her arrival!

Joel Chapman is a San Francisco-based conductor, bass-baritone, and songwriter. He sings professionally with Volti, a new-music ensemble that performs and animates completely new works, as well as Endersnight, a choir specializing in Renaissance music. Joel is co-creator of Gravity, a New(tonian) Musical, seen in the Bay Area at the Brava Theater in 2019 and at the TheatreWorks New Works Festival  Music in 2017. Gravity was a finalist in the 2017 Eugene O’Neill National Music Theater Conference.

Alia Stadtlander discovered Unitarian Universalism while living in New York City and looking for a venue to be married in. She had no idea that a place so open-minded about religion actually existed. Now she and husband Bill are committed to raising their two kids, Sienna and Hudson, in the faith.

Alia is a graduate of New York University’s Tisch School of the Arts where she studied Musical Theatre in the famed Cap 21 studio. However, her real passion for teaching children didn’t come about until she became a mommy herself. Now she works solely in the field of children and music, striving to make the world a more joyful and fun place.

Karyn Collins is an active member of the UUSM congregation, having served as a Worship Associate, a soloist with husband Shaun at worship services, Auction chair, Capital Campaign Committee member, and choir member. Her latest passion is triathlons and fundraising for the Crohn’s and Colitis Foundation to help find a cure for inflammatory bowel diseases. (Karyn’s sister-in-law suffers from this “hidden/silent” disease.)

As Office Manager, Karyn enjoys putting her process-improvement and project-management skills to work to simplify how UUSM communicates with and supports its members. With community and connections, we care and then commit to make a difference for ourselves, our community, and our world.

Connie Spearing is an active member of the UUSM congregation, having served as a Worship Associate, social-justice organizer, and choir member.

As Connections Coordinator, Connie provides a bridge for visitors to become active friends and involved members. She works to improve both internal and external communications, highlighting opportunities for connection and service. She assists small groups in recruiting new members, and provides an important staff presence on Sunday mornings. Look for connection-opportunity tables at coffee hour, and talk with Connie about your creative ideas for including more people in UUSM activities. Together, we transform ourselves and our world. 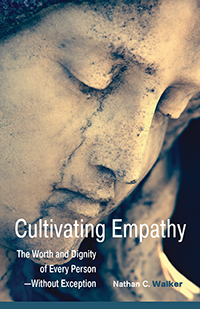 Cultivating Empathy
The Worth and Dignity of Every Person - Without Exception

Buy it now at

Karyn Collins UUSM Office Manager
Hello, and thanks for your interest in UUSM! I will get back to you as soon as possible.

Rev. Ben Meyers Minister
Hello, and thanks for your reaching out! I will get back to you as soon as possible. It may help you to know that Monday is my Sabbath day most weeks, and that Fridays are typically my sermon writing days. I'll reply to emails and phone messages as soon as I am able beginning the next day.

Rev. Dr. Sarah Moldenauer-Salazar Sabbatical Minister
Hello, and thanks for your reaching out! I will get back to you as soon as possible.

Kate Goka Director of Religious Education for Children
Hello, and thanks for reaching out! I will get back to you as soon as possible.

Tanya Webster Director of Religious Exploration
Hello, thanks for reaching out! I will get back to you as soon as possible.

Joel Chapman Music Director
Hello, and thanks for reaching out! I will get back to you as soon as possible.

Connie Spearing Connections Coordinator
Hello, and thanks for connecting! I will get back to you as soon as possible.

Alia Stadtlander Children's Choir Director
Hello, and thanks for reaching out! I will get back to you as soon as possible.